hearts of iron IV: no step back release trailer

Long-term collaborator Liam Bunston got in touch to throw some work my way. He only had to mention Soviet agitprop to get me to agree: I'm still haunted by Jonas Odell's Franz Ferdinand video. The client, Paradox Games, was releasing the latest in their Hearts of Iron series, this time about the efforts of the Soviets to repel the advancing Nazi Germany. There was already approval on the key art of the video, so all I had to do was help to build the bloody thing.

The game is a fairly hard-boiled milsim turn-based strategy game, so the focus was on tub-thumping Soviet propaganda more than whatever the Structuralist arts schools were making at the time. I came into the project late enough that the references had been chosen, the style set, and I was drafted in to do three CG builds: a city and a 1940's St Petersburg apartment interior (comped as a one-shot camera move), and set dressing for a canalside St Petersburg street that Liam had already built. 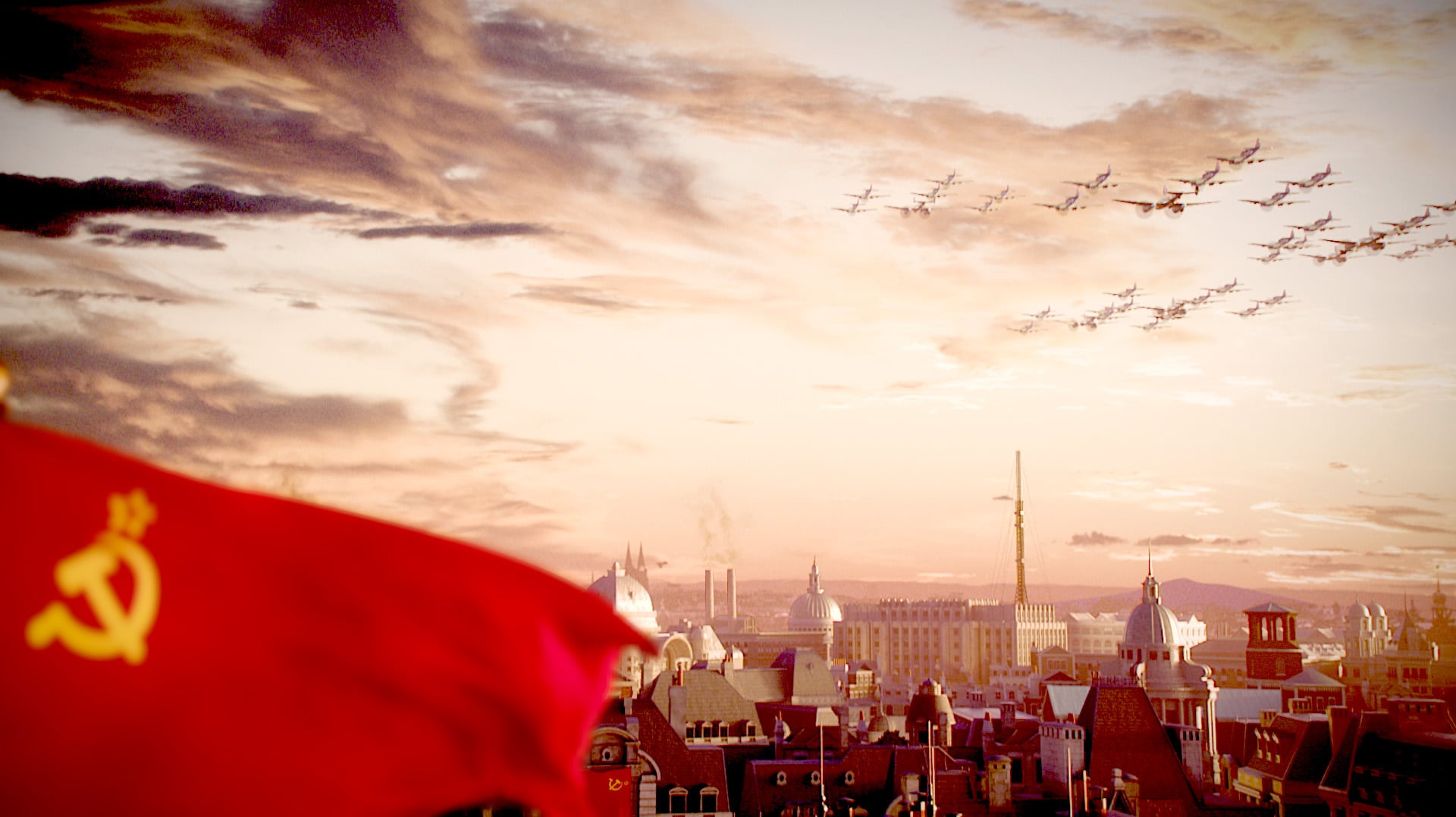 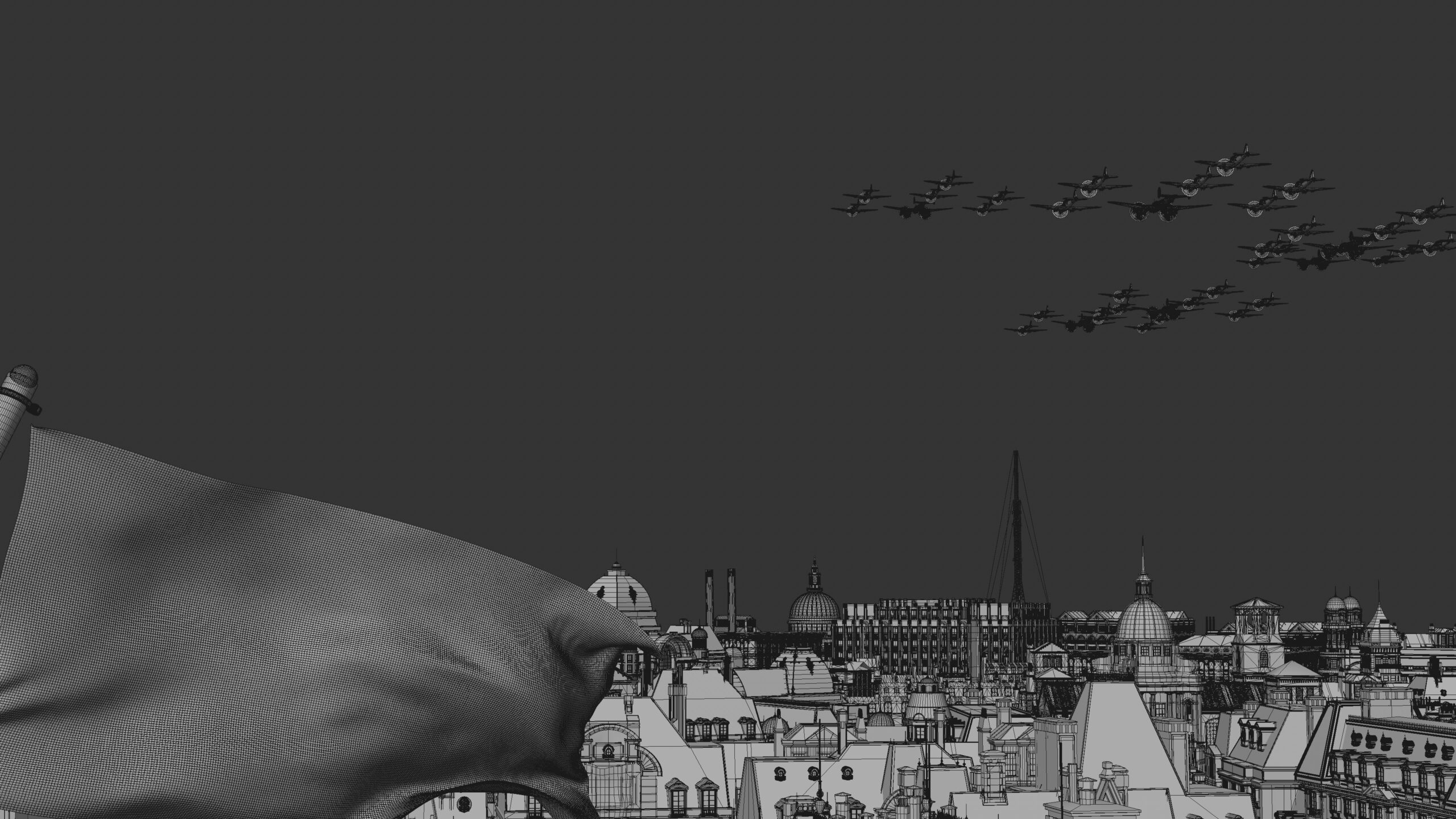