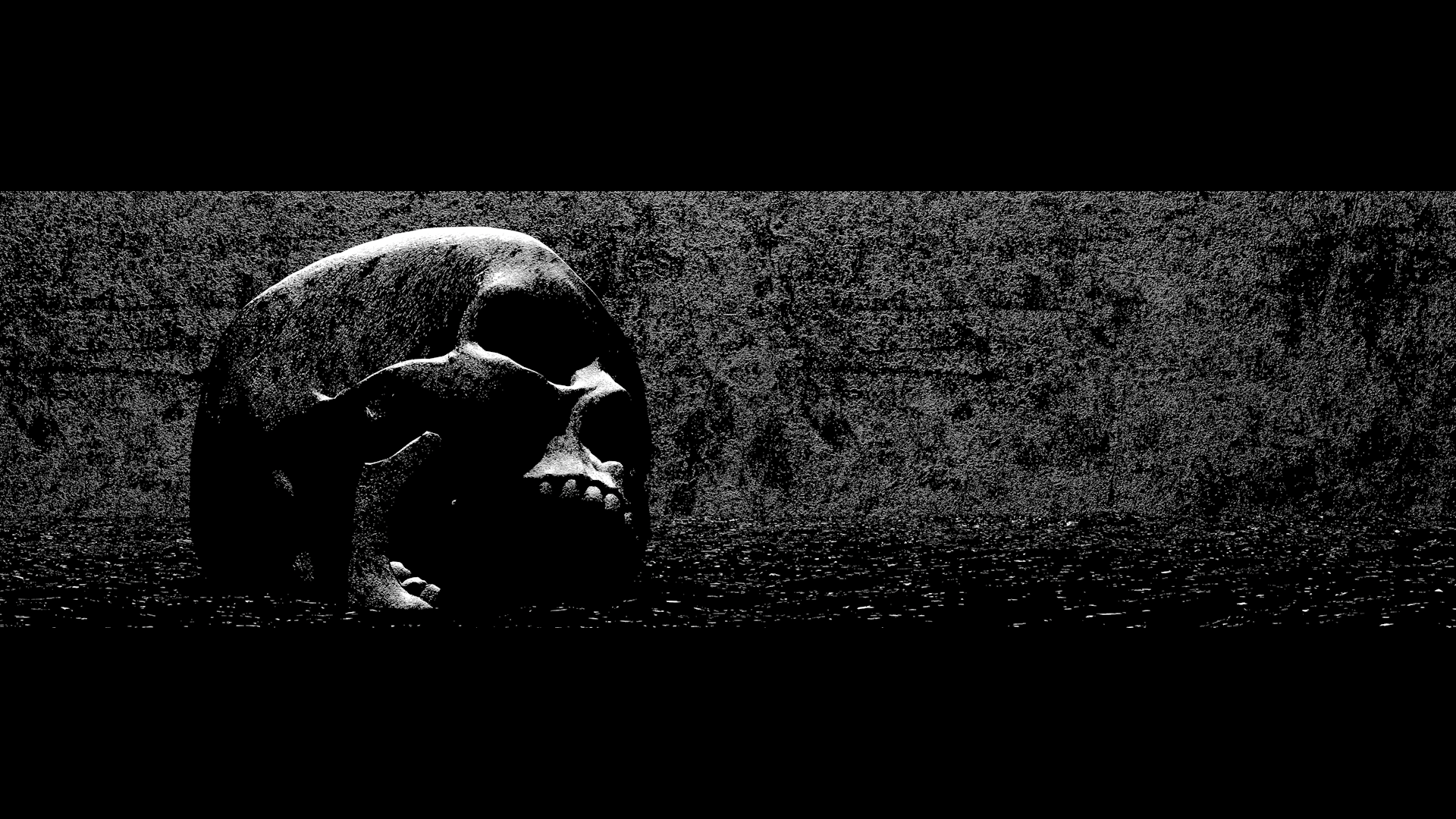 I had contacted the label Power Vacuum to ask if they had a project for me to work on, because I had an idea knocking around my head that I wanted to make, and figured that a deadline would ensure I stopped playing Wolfenstein long enough to work on it. When I played the track, however, I was blown away. Not only was the music, objectively speaking, a lot better than the idea I wanted to marry it to, but it was a lot more... hardcore. My original idea was quietly shelved before my friend had a chance to ask what it was.

By a process of elimination, and a bit of soul searching, and asking everyone from my best friend to my hairdresser, I settled upon a far narrower band of influences than googling 'techno music video' would provide. Architectural line art from the Sixties, Ray Metzker's urban black-and-white photography from Fifties New York and Flavio Samelo's images of Seventies Sao Paulo architecture, film noir, Akira, countless reams of photos of heavy industrial machinery, foundries, forges - all of these finally began to coalesce into the mood I was looking to explore: heavy metal noir.

After two weeks gathering source images and editing an animatic, work began in earnest; modelling and texturing about 100 assets, 30+ scenes, 12 GB of projects, assets and textures made over 6 weeks of production time. I sincerely hope you enjoy the fruits of my labour. 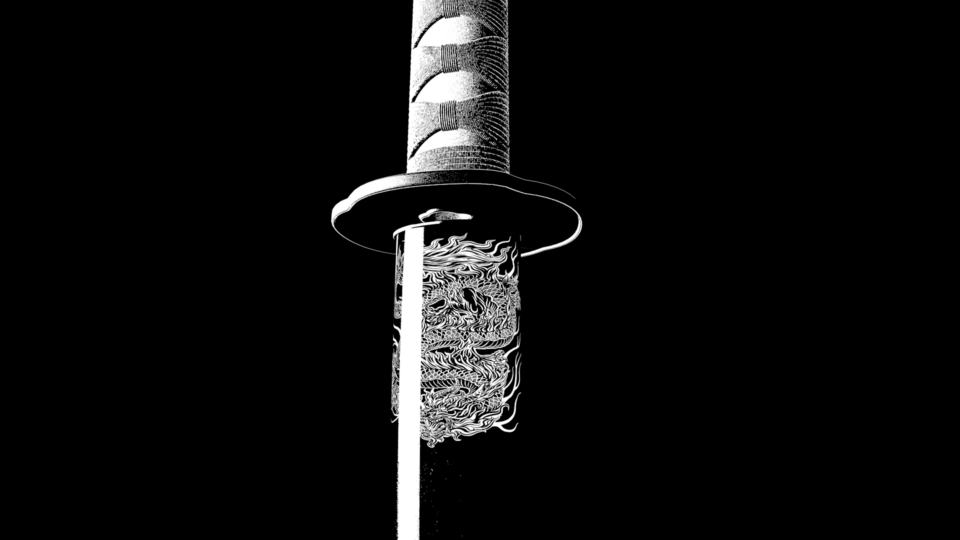 Samurai sword was added for no damn reason at all 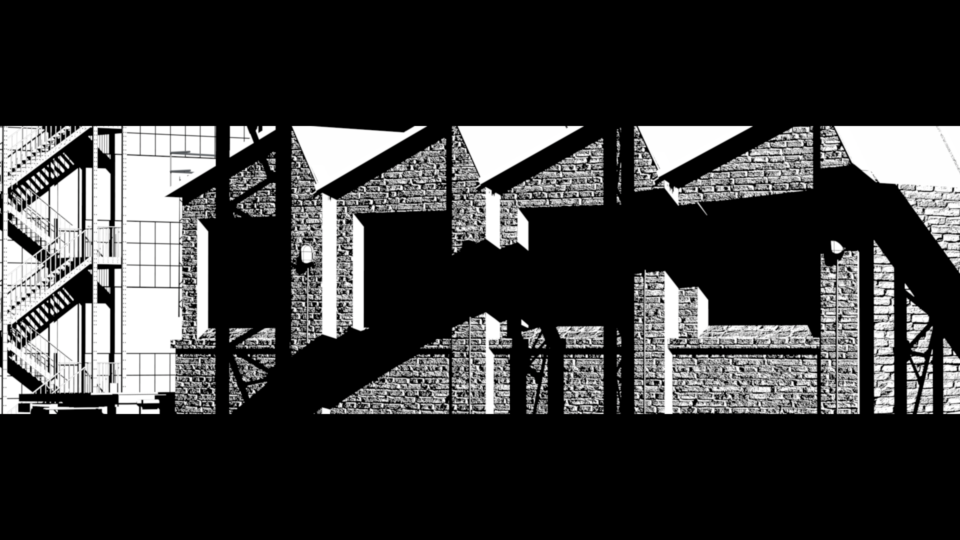 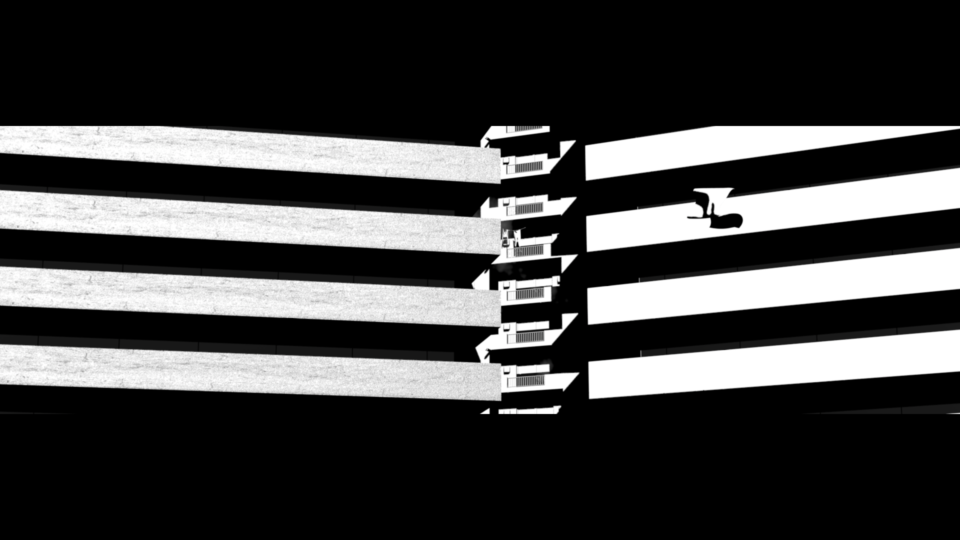 Totally nicked from a Flavio Samelo photo taken in Sao Paulo, where I lived briefly. 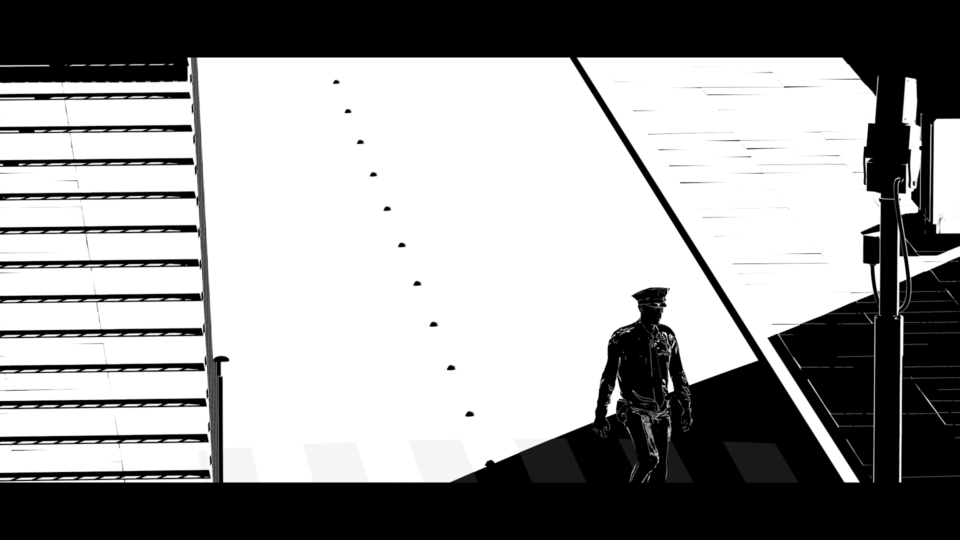 I had wanted a totally deserted city, but I relented to give the video an emotional pivot 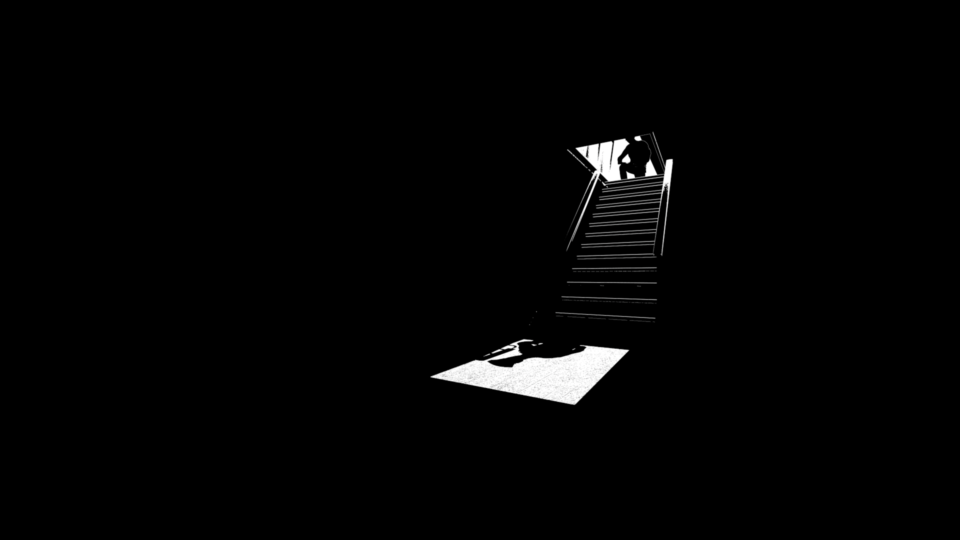 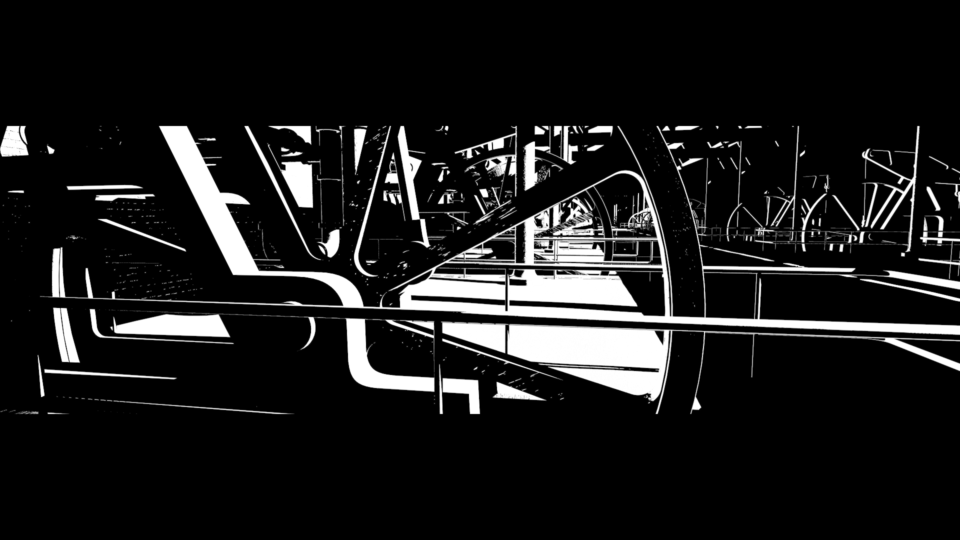 Beam engines. These were based on a blueprint off the internet and the decommissioned beam engine outside my old technical college 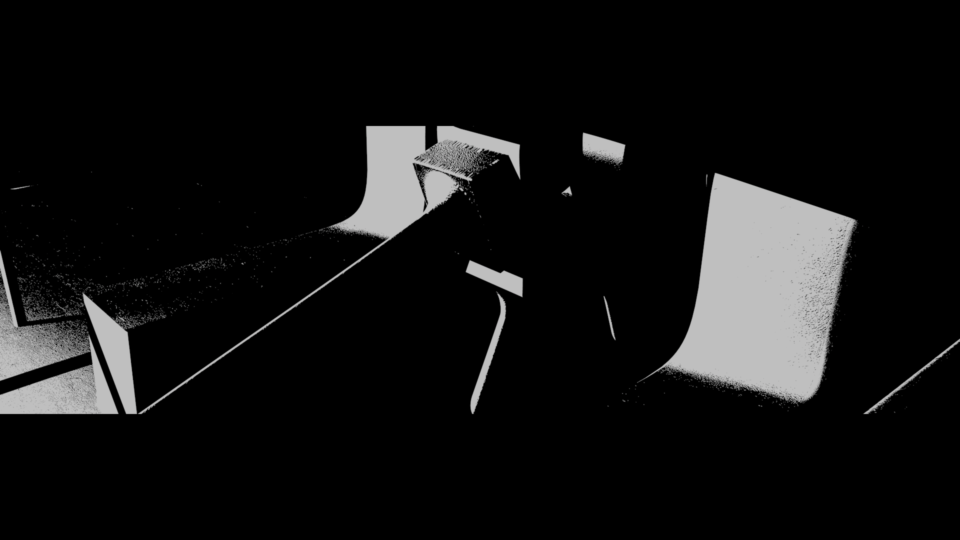 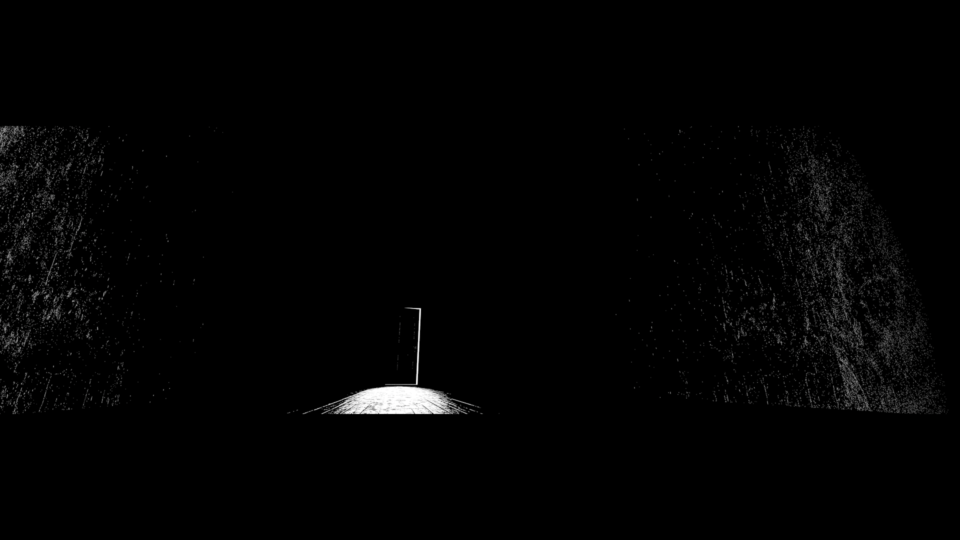 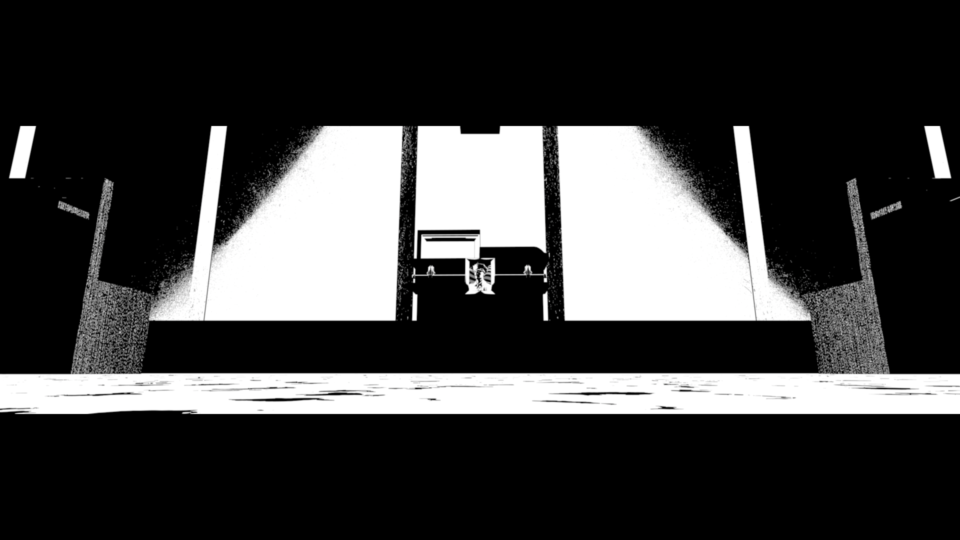